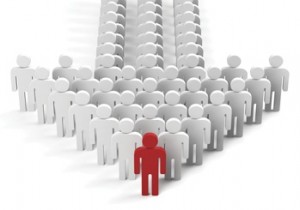 Yesterday, I was reading an article about the sentencing of a beloved New England city mayor for receiving a bribe while he was in office. The incident in question was committed about three to four years ago by way of him accepting work to be done on his home at a greatly reduced price in exchange for favoritism on contractual bidding for work needing to be done for the city he governed. I say this mayor was beloved because even while he was being tried, hundreds of city residents flocked to the courthouse where the trial was occurring in order to show their support for him. During this mayor’s time in office, he cleaned up much of the city he governed. Re-allocating funds for education, cleaning community neighborhoods by giving police more resources to do their job, challenging processes that were (in his eye) not working and making changes in key government offices and positions in order to help save the city from unnecessary expenses and to expel corrupt politicians. Many of the city’s residents saw positive changes that they haven’t seen in quite a while with previous mayors.

How often does one see crowds go to a court hearing in support of a politician accused of corruption? Not that often I’d say. But here it was happening.

Why am I mentioning this story? Because it demonstrates one of the key practices a leader must do in order to remain and be seen as a leader that people will want to follow. In the book, The Leadership Challenge, the authors identified the practice of “Modeling the Way” as one of the five practices of exemplary leadership. Another way this practice is known by is “leading by example”. This is probably one of the most important practices a leader needs to follow.

“The leader's consistent and deliberate actions (the Model the Way component), helped them and their teams accomplish much more than when they were merely being managed.”

A Key to Engagement

Ram Chandran, author of the book "Leadership in the Era of Economic Uncertainty", was recently asked during an interview what the most important item for leaders in all ranks of an organization (and not just CEOS and executives) to focus on? Especially when the time for an organization gets tough or uncertain? Mr. Chandran said, "In (tough) times more than other times, first and foremost is demonstrating personal integrity and maintaining your personal credibility. They are so important in tough times, yet many leaders lose their integrity and destroy their credibility by giving into the temptation to cut corners when they have to do unpleasant tasks like downsizing."

Whether we say, “Modeling the Way”, “Leading by Example”, or “Practicing What You Preach”, if a person does not follow the principles they are teaching others, then their credibility will sooner or later be in question.

Have you ever known a successful leader who didn't practice the leadership principle of "Modeling the Way"?