Over 900+ Attendees at the NSHP Diversity Dallas Career Fair

After a full day of onsite interviews, recruiters went home with over 900 resumes from potential candidates. Professionals from all over Dallas came out to see 80 recruiters who were actively recruiting for open positions with companies such as: Aflac, Citi, Pella Corporation, GE Energy, and many more!

The event was held at the Dallas Convention Center last Thursday from 10am to 3pm. To view the comments from last week's event visit:…

Angela Diaz , Director at the Mount Sinai Adolescent Health Center, was named one of 100 most influential Hispanics in the U.S. by Hispanic Business Magazine. Under her leadership, the center has become the largest adolescent health center in the United States. Dr. Diaz is also president of The Children's Aid Society's Board of Trustees. She has served on the board for 13 years, eight of them as a vice-president. She is also Vice-Chair of the Department of Pediatrics at the Mount Sinai School… Continue 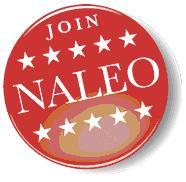 A new survey recently released by The National Association of Latino Elected and Appointed Officials (NALEO) Educational Fund, shows a significant percentage of Latino voters in key battleground states are either undecided or still open to persuasion. The survey of registered Latinos in Colorado, Florida, New Mexico and Nevada also demonstrates that Latino voters may turn out in unprecedented numbers and that the economy is their top election priority. Nearly a…

Career Chances If You Have an Online Paralegal Degree

Paralegals, who are more ordinarily referred to as legal assistants or legal secretaries, are kind of very significant individuals in the area of law in the legal department of organizations as well as law firms. A paralegal assists lawyers in their job to carry out a lot of legal chores. A huge number of people now turn to the internet for the acquisition their paralegal degrees thru online education. This comes through as very convenient for you instead of attending conventional classes that… Continue

NASA is holding a two-day cultural and motivational workshop that aims to inspire young Hispanics to not only complete high school, but to pursue higher degrees in the sciences, math, and engineering. On Oct. 2-3, the seventh annual Hispanic Youth Conference, this year with the theme "Getting Involved: Our Families, Our Community, Our Nation," takes place in Huntsville, Ala.

The 2008 youth conference is sponsored by…

Traditionally, paralegals were found mostly in law firms organizing legal documents, taking depostion and generally running law firms doing all the legal paper work that an attorney does except representing a client in a law court. Experienced paralegals work without the need to be supervised by an attorney. Unlike in the past, even Government offices now employ paralegals and so does both private firms and None governmental organizations. To be a qualified paralegal you have to obtain your… Continue

Bank Of America Careers For You

Do you know that a lot of us Latinos are not aware of Bank of America Careers we can follow? Yes, many of us throw away opportunities due to outright skepticism borne out of poorly conceived assumptions. A Bank of America Career is one of such opportunities we skeptically avoid and stay deliberately away from. If you are a Latino American or a legal foreigner who has a working permit you are free to look for job opportunities in the biggest bank in this great nation. Just make sure that you… Continue

Dionicio Morales, a former labor organizer whose efforts to help his community resulted in the creation of one of the nation's largest Latino social service providers, has died. He was 89. Morales died of natural causes Wednesday at Beverly Hospital in Montebello. He was organizing garment workers in the early 1960s when he decided to create the Mexican American Opportunity Foundation in 1963. Morales persuaded the vice president,…

HISPA (Hispanics Inspiring Students’ Performance and Achievement), a national non-profit organization dedicated to providing positive Hispanic role models for young students, held a successful launch event on Tuesday, September 16th. The event was held to spotlight the group’s national mission and its New Jersey program. The kick-off marked the start of the organization’s “100 Role Models in 100 Hours” initiative, an…

The Congressional Hispanic Caucus Institute recognized a Latina Marine for her strong leadership and dedication to country Sep. 7 at the Walter E. Washington Convention Center. CHCI awarded Brig. Gen. Angela Salinas, commanding general, Marine Corps Recruit Depot San Diego, the 2008 Latinas in Service Award. This is the first time CHCI has awarded a service woman. All the speakers talked about how Salinas is an inspiring and influential woman. And…

According to a new nationwide survey of 2,015 Hispanic adults, 50% of all Latinos say that the situation of Latinos in this country is worse now than it was a year ago. In a new report released by the Pew Hispanic Center, during this past year, the Hispanic community in this country has been hit hard by rising unemployment and stepped-up immigration…

Hispanic Businesses Get Out the Vote

Hispanic businesses and Spanish-language media are sponsoring a lew of civic engagements and get-out-the-vote efforts in the Washington area. Some are part of larger national campaigns like the Republican and Democratic interest in recruiting Hispanic voters and the interest in changing immigration policies. The majority of the efforts are aimed at getting Hispanics to register and show up on Election Day.

Two Latinas become first ever sisters to serve in congress

Linda and Loretta Sanchéz are the only sisters to ever serve in the United States Congress. Their new book, DREAM IN COLOR, does much more than define the Sanchéz sisters as politicians, however. In an engaging and candid narrative, we discover the sharply distinct identities of two women who…

Luis Aguilar, a partner for the corporate practice of law firm McKenna Long & Aldrige, was recently nominated by President Bush to fill a seat in the five-member Securities and Exchange Commission. Aguilar, is is currently based in MLA’s Atlanta office and practices in the areas of corporate law, international transactions, investment companies, securities law and corporate finance. He used to serve as the general counsel and executive vice president of INVESCO, one of the… Continue Beginning Sept. 15- Oct 15th is Hispanic Heritage Month. Across the country events, screenings and fun activities will be taking place to celebrate Hispanic Culture. You may find organizations, schools, and community centers hosting events that will encourage people of all walks of life to join in the fun. National Hispanic Heritage month was started in 1968 by President Lyndon Johnson who initally started it for only a week. When Ronald Reagan became president in…

In its diversity statement on Hispanic Business' Web site, American says: "Our dedication to diversity is far more than just a statement; it's woven into the fabric of our everyday business practices. We take a… Continue

HISPA, Hispanics Inspiring Students' Performance and Achievement, will be hosting an event September 16th to promote and launch a new NJ Program. During this "kick off" event, professionals from many different industries and academia are invited to join their Role Model Bureau in support of the HISPA Role Model Program and the "Reaching Our Dreams" program from Save Latin America. These two programs will provide you with the opportunity to visit a local Middle School to share your story and…

Many people are having hassle-free banking with online banking. Even the allegation that… Continue

This past Thursday, Sept 4, 2008 NSHP hosted the Spring New York Professional Career Fair at the Metropolitan Pavilion. With 45+ exhibitors in attendance and over 900 jobseekers, the event brought together fortune 500 companies looking to recruit bilingual professionals in all areas. Candidates were given the opportunity to talk with recruiters regarding all of their staffing needs. Some companies even conducted onsite interviews much to the surprise of many eager… Continue