They are called inspirational, motivational, informational, business, spiritual speakers, among many other names. Having achieved success through the development of certain tools, these talented experts bring a wealth of experience delivered as speeches that intent to "Wow" and inspire different audiences.

I am honored and so humbled to be featured in the latest edition of Paint Dealer Magazine!!! Thank you so much to all who have supported and encouraged me along the way!!! God has led me down this long and amazing path and I can't wait to see what else He has in store!

The Paint Dealer Magazine has been named the #1 trade publication for 22 years of serving the paint industry! They are the most readable editorial coverage and their friendly editorial staff makes them a vibran… 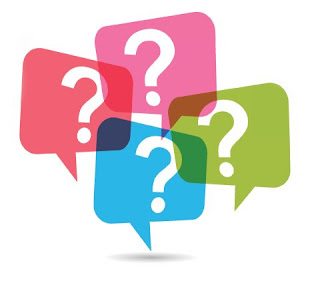 The Global Paint for Charity has relaunched its new website. With over 31 million internet users accessing the internet via mobile devices such as smartphones or tablets, the new… Based on the current predictions, given the new Republican Administration, the U.S. economy will rebound. What… Wow..The key is to have the courage to take the first step. Recognize and admit you are not perfect..my letter to Vice President of Dubai, Sheikh Mohammed Bin Rashid and 200 world leaders including President Obama brings Princess Haya Bint Al Hussein with 90 tons of relief aid estimated at more than 350,000 US dollars for 300,000 Hurricane Matthew victims in Haiti...I didn't…

Wow..The key is to have the courage to take the first step. Recognize and admit you are not perfect..my letter to Vice President of Dubai, Sheikh Mohammed Bin Rashid and 200 world leaders including P…

Wow..The key is to have the courage to take the first step. Recognize and admit you are not perfect..my letter to Vice President of Dubai, Sheikh Mohammed Bin Rashid and 200 world leaders including President Obama brings Princess Haya Bint Al Hussein with 90 tons of relief aid estimated at more than 350,000 US dollars for 300,000 Hurricane Matthew victims in Haiti...I didn't want to post about this but I am so excited... "The price of doing nothing is too high" my mentor John Hope Bryant…

Congratulations!! Global Paint was selected as a finalist for the 2016 E3 Awards Dear friend and supporter,
I am very humbled and delighted to announce that
Global Paint for Charity has been nominated as a finalist for The Metro Atlanta Chamber 2016 Atlanta E3 Awards. 21 Finalists were chosen in seven categories from a…
Continue

80 Volunteers Aim for a Fun Community Beautification Day of Service

More than 80 volunteers armed with paint brushes, rollers and Roller Handles, blue tapes, trays and some paint to beautify the Empire Board of Realists building on Saturday. The Volunteers spent the first half of the day painting the exterior and interior of the building.

These volunteers from several organizations, including the United Way of Greater Atlanta and their corporate partners, Young Professional Leaders/LINC, Youth United…

Hope everyone is enjoying a fantastic weekend. We are laboring around the world. Laboring to paint as many elderly senior's homes and schools in poorer communities, and laboring to collect paint donations from generous donors and…
Continue

Sister Of NEW and the YWCA unite!! Sister Of NEW on GuideStar The target population for Sister of N.E.W. program is the community's most economically, occupationally, and educationally disadvantaged young women, and single mothers.

The goal of the program is to provide occupational training of construction skills and on-the-job-experience as well as basic educational services and workplace specific counseling.

The Montgomery County Business Roundtable for Education is seeking Today is The International Women’s Day, a wonderful occasion to celebrate and thank the wonderful women who have supported us around the world, and especially those we helped in the poorest communities in developing countries.
Since we started this organization, women and young girls are at the center of our most successful projects. In… By the time you read the first lines of this article almost 4 million Facebook users have liked a post on the social media and created a massive wave of data reverberating across the web. And it will only keep on growing as more humans and things are joining Internet.

To make it more…

Where have all the jobs gone? / Donde han ido los empleos? It feels like jobs are disappearing at an alarming rate and the end is near for the employment as we know it, but is it? For cyclical economic activities like Oil & Gas this has been the case forever and the key always has been to identify the trend and how it evolved until a new one takes… Now that business models are being challenged by the global economic situation it is a good time to imagine your day-to-day job as a Supply Chain professional in a foreseeable future. The first thing you do every…

John Sandoval @TurboTax: “While Companies Run Ads Addressing the Current Situation on English-language TV, Many Have Not Complemented Their Efforts in Spanish-language TV.”

Navigating the Evolution of E-Commerce Marketing

CNNE’s Cynthia Hudson: “Right Now the Consumer Needs to Know That She Is Not Alone.”